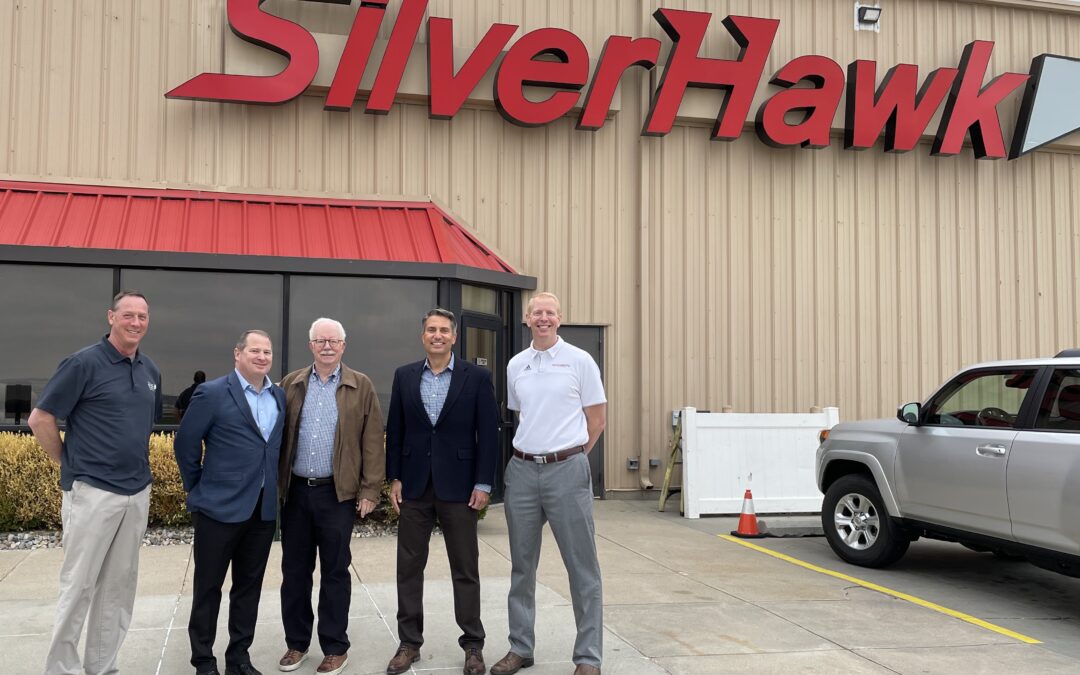 ROSS AVIATION ACQUIRES SILVERHAWK AVIATION FBO AND MRO IN LINCOLN, NEBRASKA (Denver, Colorado) – Ross Aviation added a key midwestern location to their FBO network today with the acquisition of the FBO and MRO businesses of Silverhawk Aviation in Lincoln, Nebraska. Located at Lincoln Airport (LNK), Silverhawk Aviation has been consistently ranked as one of the top FBOs in the Midwest and is highly regarded in the region for their expansive flight maintenance capabilities. Ross Aviation did not acquire the fractional, charter, or aircraft management services business, which owners Mike Gerdes and John Geary will continue to operate as Silverhawk Aviation.

“This is an important addition for us” said Brian Corbett, Chief Executive Officer of Ross Aviation. “Not only from a geographic perspective – but from an operational one as well. Silverhawk’s outstanding reputation for unbeatable quick turns and guest services fits perfectly with our flight hospitality culture,” he continued, “and their MRO capabilities dovetail nicely with those of our other repair stations in Westfield, Massachusetts and Sarasota, Florida.” Silverhawk will continue operating their charter fleet and will be a key client for Ross Aviation’s FBO and flight maintenance services.

“We’re proud to partner with one of the most respected companies in the industry,” said Mike Gerdes, President of Silverhawk Aviation. “We expect the FBO and MRO pieces of the business to continue to flourish under Ross Aviation, and this allows us to focus 100% of our effort toward continuing to provide the best value in private travel in the Midwest.”
Operating, acquiring and building FBOs of the future is a key strategy for Ross Aviation. The acquisition of Silverhawk Aviation brings the company’s network to 18 locations in the continental United States, Alaska and the Cayman Islands – with additional new locations anticipated to be announced before year-end.
In addition to being highly ranked for safety and service in recent industry surveys, Ross Aviation is also quickly becoming known for its environmental initiatives, which include its “Fly More. Leave Less.” carbon offset program, as well as planned delivery of the first Sustainable Aviation Fuel in the New York metropolitan area at its White Plains, New York (HPN) location. Other initiatives in the works include making electric crew cars widely available, investing in electric tugs and exploring photovoltaic systems on hangar roofs. All are part of the company’s corporate commitment to help reduce business aviation’s impact on the planet.

ABOUT ROSS AVIATION Headquartered in Denver, Ross Aviation and its affiliated companies are dedicated to establishing a new standard in flight hospitality – in the FBO services they provide and the environment they create for both customers and team members. The company is guided by four fundamental beliefs – safety, care, performance and drive – and strives to embody those beliefs in every action taken, from the flight line to the front office. Ross Aviation currently operates 18 fixed base operations under Ross Aviation, Rectrix, Island Air, Alaska Aerofuel and Great Circle Flight Services banners. Whether customers are making their first visit to a Ross Aviation location, or their one-hundredth, they’ll experience highly skilled staff who are deeply committed to the successful completion of every journey.

ABOUT SILVERHAWK AVIATION Silverhawk Aviation guarantees the best value in private travel in the Midwest and has been serving its customers since 1991. With a fleet of 17 planes featuring a full line-up of Cessna Citation jets and King Air turboprops and plans to add at least 2 additional aircraft in 2021, the company has the fleet flexibility to provide customers with the right airplane for their travel needs. Silverhawk’s focus is connecting Midwest customers with destinations across North America and the Caribbean. Whether customers fly privately once a year or would benefit from the additional savings or tax benefits offered from their Jet Card or Fractional Ownership programs, Silverhawk has them covered.