Another Better Than New King Air 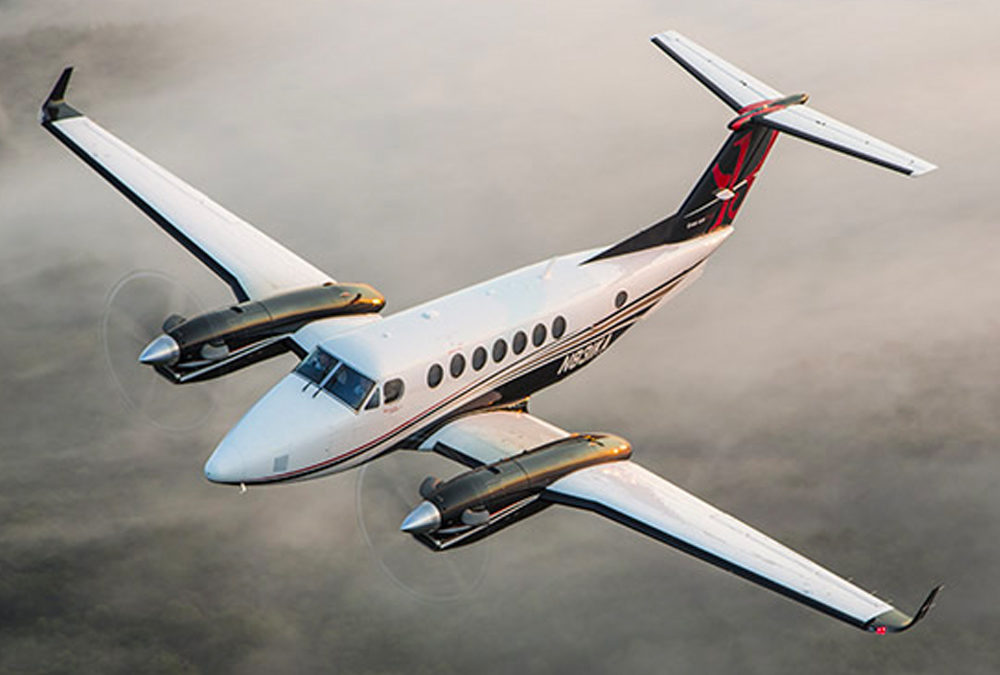 As we approach the end of the year, we received the opportunity to complete one more engine conversion before years end. This is an aircraft we originally quoted in August 2014. Over the last 2 years, there were regular discussions, planning, quoting of additional modifications, and best scheduling time determinations. This conversion did finally come to task, and when it did it greatly increased in scope. Not only did we install new PT6A-135A engines, we also had the opportunity to install a variety of Raisbeck products such as strakes, sweptback props, and crown wing lockers. During final job scope planning we also installed a set of Frakes Aviation exhaust stacks. We generally plan on a 3 week turn time on engine conversions. With our current staff and skill level, we were able to install all the Raisbeck Mods and Frakes stacks and only added an additional 5 working days of down time. It is not uncommon to have the Raisbeck Mods take 3 weeks alone. Kudos to the maintenance staff for such an incredible turn time.

Once all the modifications were complete, the airplane was flown by one of our experienced King Air pilots. This is a great benefit we have as a company – we know the King Airs, and we know the modified King Airs. The plane flew as it should and was ready for the owner/operator to arrive for delivery. The pilot arrived 2 days later, flew the airplane, and accepted it squawk-free. What a testament to the process the staff has here for the delivery of squawk-free, trouble-free aircraft. Once the pilot accepted the airplane it went next door to Hillaero for a complete paint restoration and some interior work as well.

The growing coordinated work opportunity between Hillaero Modification Center and Silverhawk Aviation over the last few years has really given the aviation community a one-stop location to have all of their aircraft needs and wants satisfied without having to move the aircraft for different jobs to different locations.