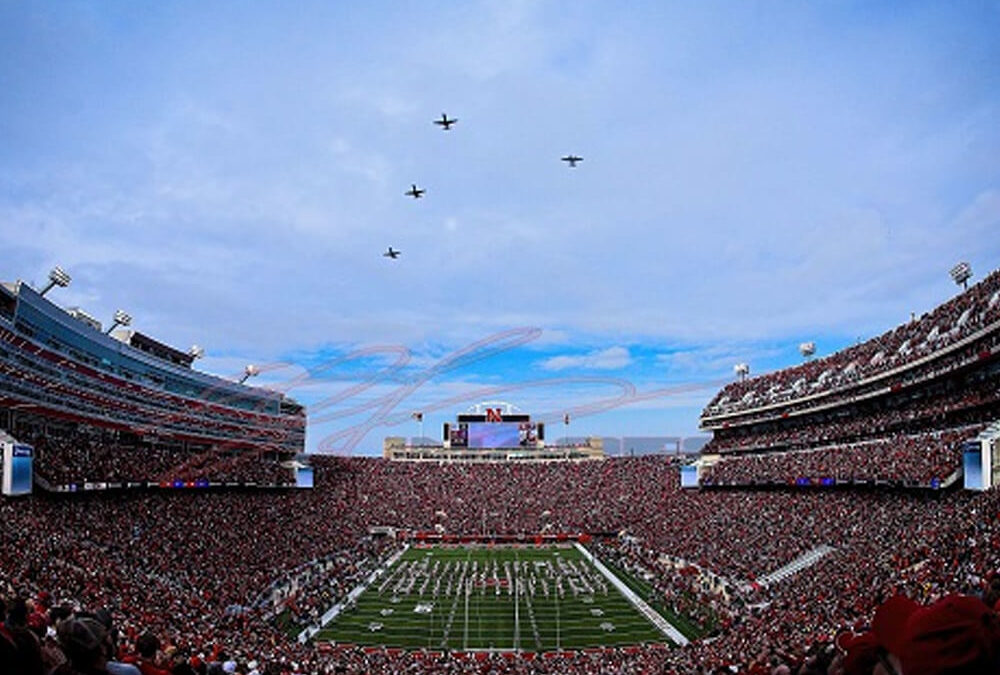 If you were at the University of Nebraska football game on November 4th this past year, you may have noticed a different kind of aircraft fly over for the end of the National Anthem. Typically, the fly over for the National Anthem is accompanied by military aircraft but on this particular Saturday, four aircraft from Silverhawk Aviation, flew over the sold-out crowd and stadium in a stunning fingertip echelon formation. This was a first for Silverhawk and the University and there are plans to make this an annual event.

Prior to the flyover, eight Silverhawk pilots spent hours in preparation, training and briefing to ensure the formation would be accomplished with the military precision Cornhusker crowds have come to expect. In addition to training for formation flying, the weather the morning of the game was low ceiling clouds and windy. However, just prior to game time, the skies cleared and provided a stunning sunny backdrop for four black, white and red Silverhawk aircraft. Thank you to Dirk Brom, Joe Butt, Jonathan Hrabik, Brandon Hill, Jon Ihrig, John Geary, Mike Gerdes and Brice Middleton for spending the time to showcase Silverhawk Aviation to another sold out Husker crowd!