BACK TO THE FUTURE
WASN’T TOO FAR OFF

At Silverhawk Aviation, we keep our services fresh by constantly improving our jets, maintenance services, avionics, and quick turn benefits. Our constant drive to modernize our own services for our customer’s benefits makes us really appreciate other companies who do the same. If you’ve seen the 1985 Steven Spielberg and Robert Zemeckis trilogy, Back to the Future, then you know that flying cars were painted as unrealistic, futuristic dreams. This week we’re talking about the reality of the flying car, and if you might be able to have one of these leisure machines in the future. 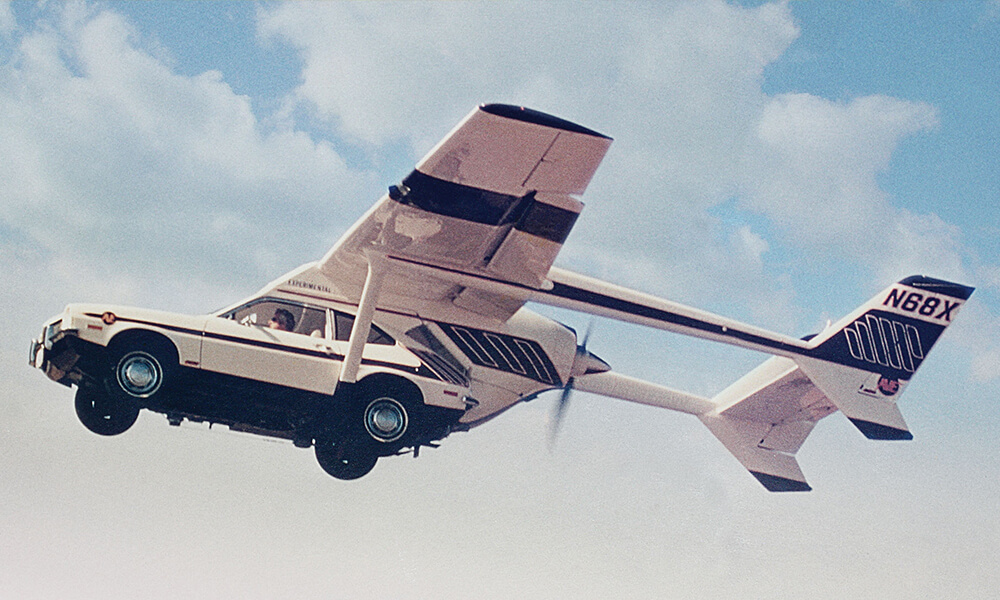 Many people consider jets, airplanes, and helicopters the only vehicles of the sky, but did you know that the first flying car was actually built in the early 1970s? Don’t get too excited, because this prototype was truly a huge disaster. The flying car (based on a Ford Pinto) left a terrifying impression on engineers everywhere. Despite that scare, engineers in the early 2000s became more serious about creating vehicles that can not only peruse the streets, but take to the skies as well.

In March of this year, a Dutch firm named PAL V began taking orders for the first commercially available flying car. Orders are estimated to be shipped out in 2019, and they’re requiring that buyers acquire a pilot’s license prior to purchase. The two-person vehicle can reach speeds up to 100 mph on the ground and around 112 mph in the air. In about ten minutes, the car can be transformed into a helicopter-like vehicle, reaching a maximum altitude at 4,000 feet. If you have $621,500 burning a hole in your pocket and a pilot license in hand, preorder your flying car now before all 90 models are sold. Don’t worry about the daunting technicality, because the price includes flying lessons and a mechanical walkthrough from the company so you’ll be able to master the special controls installed in your new flying car.

While PAL V might be the first commercially accessible flying car, it certainly isn’t the first model to make it to market. AeroMobil, a Slovakia-based company, began engineering a flying car in 1989, and finally released their first successful prototype in 2014. Now, for a mere $1.6 million (more or less depending on extra features), you can purchase your own Aeromobil 4.0. This flying car has a few differences from the PAL V version, which is why it boasts a higher price tag. For example, the Aeromobil 4.0 can transform to flying mode in 3 minutes, and has a sleeker design for aesthetic purposes and functionality benefits. If you order your Aeromobil today, you’ll receive your vehicle in 2020 as they’re still finishing up some safety certifications.

While we wait for these flying cars to become more accessible and affordable, hop into one of our charter jets for the experience of a lifetime. We’re here to offer you a comfortable, upscale, and memorable charter experience at a cost you can get behind. Get in touch with Silverhawk today to learn more about the services we provide to our customers.